Which chains should Stader expand to next?

Stader is on an exciting mission to continue expansion to new chains in the next 3-6 months. There are over 100 proof of stake chains to choose from. This decision is key to the future of Stader.

We want our community to help us prioritize and decide which chain Stader should expand to next and why?

Sign up and be a part of the discussion!

It would be nice to have XRP. There are a lot of XRP holders looking for a safe staking opportunity

Why not ETH? Eventhough its mostly ruled by Lido, Stader can still capture some market share. Avax can also be a great choice.

A chain that could benefit greatly from stader is algorand. I added a pic of DefiLlama to show indicate the growth it’s has this year. Also, I searched and the only liquid staking that’s available is a liquid version only during their governance period. Don’t quote me, but I’m pretty sure. It also has state proofs now, which makes evm compatibility possible. Could be a Huge partnership for stader and algo community. image|290x500

Cosmos its one of the most active chains to develop liquid staking protocols, even more now with the new vision of atom 2.0.

Fierce competivity exists with other protocols like Stride, Quicksilver, Neutron (Lido) and so on but definitely market for more players to get involved with.
Happy to help on that path.
Tech.Cosmos

I hope ETH 2.0 staking finally arrives been waiting for that for a while. ADA would be nice as well.

i think eth is better.

Agreed! ETH is a must!

Then, in parallel, I would like to see Solana, Polkadot, and Avalanche done. If possible, putting other people to work on it like Lido does.

This is something interesting… but does Ripple hve DeFi? To unleash the full power of liquid staking, you need DeFi.

Isn’t Cardano a built-in liquid staking PoS? Meaning you stake your ADA in a staking pool but the ADA is anyways liquid and available for you to do stuff in DeFi?

I hope it goes sooner than later. But due to the competition I do not think it should be the priority.

“One term you may have come across is ‘liquid staking’. This refers to a problem with some other blockchains whereby the stake associated with a cryptocurrency is ‘locked’ by the staking process so cannot be used for other purposes, such as voting. This is not a problem with Cardano; the stake is always liquid. Also, there is no ‘lock in’ period before a stake becomes active or that might delay a coin being spent or used in any other way.” 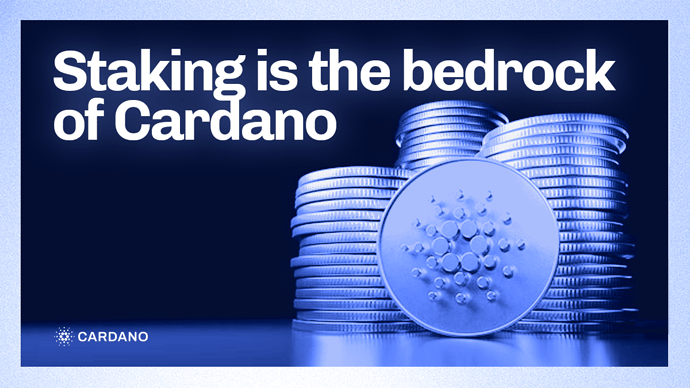 Staking is the bedrock of Cardano - IOHK Blog

Interesting. I do have gALGO and to be honest it does feel like Liquid Staking.

But does theunderlying ALGO of gALGO gets staked? Or only locked for governance?

I guess it gets staked, and therefore you can consider gALGO a liquid staking derivative.

I think Algorand, together with Avalanche, Polkadot and Solana, are big chains where Stader will end up building in the next 12-18 months. The million dollar question is which one will come first

Yes! So the only liquid staking I can find on Algorand, is indeed the galgo on folks. However it’s used exclusively for the governance period. The algo is locked and the galgo is kind of like a “ticket” to use in other places in algo defi. If that makes sense.

The XRP network does not work with the PoS proof system

Lets see i wonder if VET, XDC, or DOT would be possible.

will be available soon

We will let you know the results of the research and what the decision to add will be next.

I think it is something Stader should look at, then!